Tips and tricks for solopreneurs 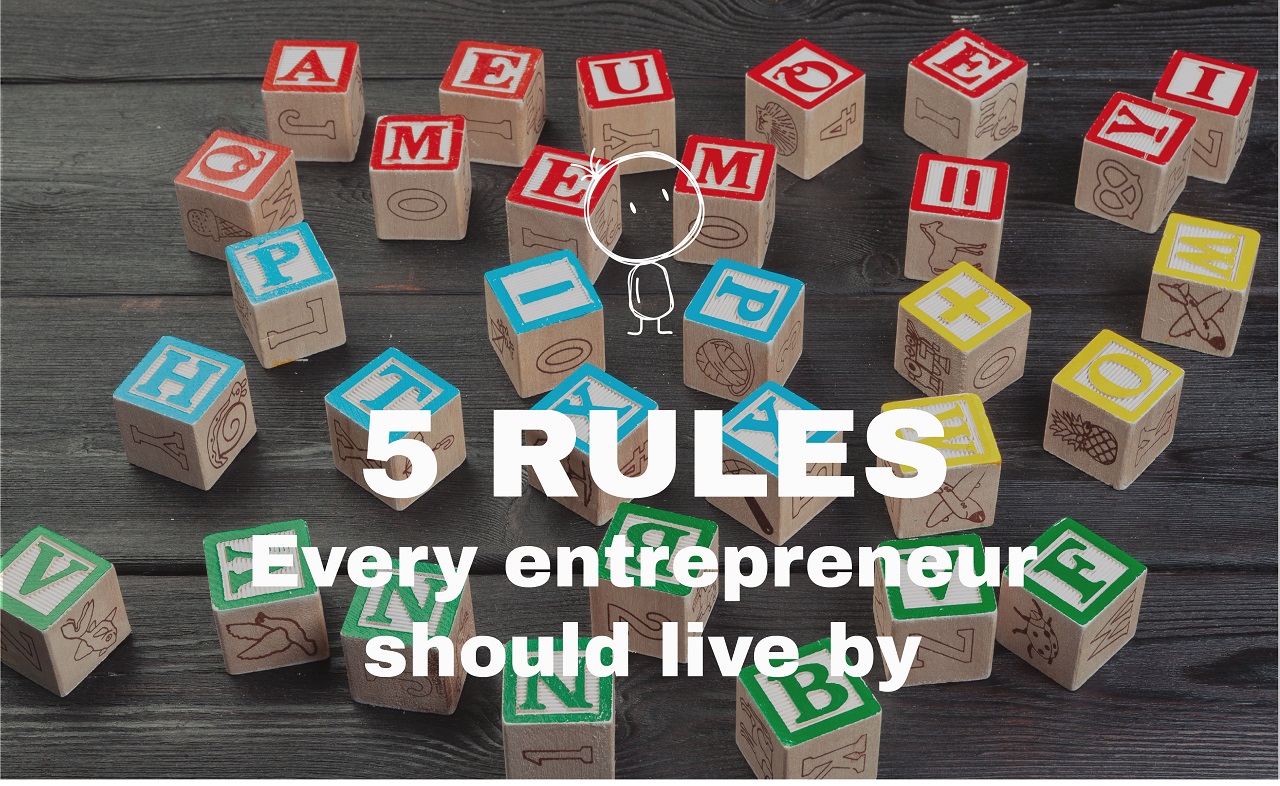 One of the things I like the most about internet is the abundance of free knowledge right at one's fingertips. In just a few clicks you can read everything there is about exotic places, obscure crafts or pretty much any topic that comes to mind. Want to learn more about glass blowing, what's life like in the Pitcairn Islands or the benefits of the Ayurvedic diet? I can guarantee you that someone, somewhere has written extensively about it on their blog. No need to check.  It's there.

Granted you have to sift through a lot of crap to find what you're looking for. I've wasted hours watching videos of cats eating spaghetti with a fork or beauty tutorial fail compilations. That's the other edge of the blade. But building a successful business needs acumen. And the best way to keep a sharp mind is to consume knowledge and to do it often. Blogs, books, articles and podcasts should be on your daily "to-do-list".

So there are dozens of excellent blogs and websites. Each of them cover a wide variety of niches and offer fantastic advice and information.

But once in while comes an article so mindblowing that it completely challenges one's beliefs. The kind of stuff that re-shape the way we go on about our work, our goals and even our lifestyles.

The following 5 principles are such nuggets of wisdom. I found them during the many hours spent reading about and analyzing what others have done before me. I didn't come up with them but I've made them mine.

Some of these ethos are popular - borderline clichés - while others are less known. All are incredibly simple truths though and applying these to your daily work will yield great results.

Let's start with a simple one: The 5 Second Rule. First thought up by public speaker and acclaimed author Mel Robbins, this nifty little concept spells the end of procrastination.

Here's how it goes, in her own words: "The moment you feel yourself hesitate (when you know you should do something) start counting backward 5-4-3-2-1, then GO. The Rule is a proven, form of metacognition. When you use it, you shift mental gears, interrupt your habit of overthinking and awaken your pre-frontal cortex – making change easy. The rule acts as a “starting ritual” that breaks bad habits and triggers positive new behavior change." (source - https://melrobbins.com)

Or, in layman's terms: If you have an impulse to act on a goal, you must physically move within 5 seconds or your brain will kill the idea.

So there it is. Not an earth shattering concept, but it works. We're all guilty of putting off things that we don't want to do. And things that we actually do want to do but don't know how to implement. The 5 second rule make short work of these moments of hesitation.

The premice is dead simple: 80% of your results are generated by 20% of your efforts.

And it isn't just about your efforts too. The same principle apply to many things: 20% of your clients will generate 80% of your income. 20% of your what you know will solve 80% of your problems. And the list goes on and on...

But don't take my word for it! Instead look through your records, analyze your interactions with your clients, have a think about what is your most valuable skill and you'll start seeing a pattern.

Applying this principle makes it easier for me to prioritize my workload and to make important decisions. That's not to say that you should neglect the clients who fall in the "80%". But once it becomes clear which clients are buttering your toast, you might want to give them some extra attention.

The triangle of expectation:

This one requires a doodle: Creative types will already know this battle tested process to manage a client's expectations when starting a new project. It goes something like that: your client can pick two factors at the detriment of the third one. So if they want the project to be cheap and fast they won't get quality. If they want cheap and quality it won't be fast. And if they'd rather go for quality and fast it won't be cheap.

Make no mistake, every client want what's in the middle. They want you to pour every fibre of your being into their project while being paid pennies and they want it done yesterday too, preferably . That's human nature, but that's also impossible. So to save everyone's time right from the beginning, start by drawing the triangle of expectations (at least mentally) and define which factors are the most important for the completion of the project. It also gives you something to fall back on later on if need be.

You can get some mileage out of this principle on a personal level too: I have myself a little triangle whenever I start something new. Helps me prioritize and stops me from straying: If I want something fast and cheap, then that's what I get. Takes second guessing oneself out of the equation.

Not so much a rule as a reality. The 1000 Days Rule is a blog post by the brilliant Dan Andrews explaining in details every stages of the grind that starting your own "dream business" can be. The guy is a painter with words and explains it much better than I could ever do, so take a few minutes to read his post right here.

Seriously, do it. This article is an eye opener and truly inspirational. It's also a great framework for those who have been at it for months and who are starting to wonder if there is a light at the end of the tunnel.

On a side note, I'd just bookmark their site and read it regularly. There aren't many blogs that can teach you as much about business and financial freedom as Tropical MBA.

Well I said some of them would be borderline clichés didn't I? "Be yourself" has been repeated ad nauseum since the dawn of ages, or more to be more accurate, since the past 20 odd years.

It's on your coffee mug, your throw pillows, adorning your t-shirts. It's posted on Facebook 137039485 times a day, usually with a women doing yoga in the background.

Everyone knows it and yet no one really does it. I'm going to level with you, until very recently I was as guilty as the next chap. I would go on and on about "business this" and "growth that" for hours and have bored all of my friends to death with so many imaginary sales pitches. It's a wonder I still have friends at all.

But when the time came to shine, I would crumble and play it safe like everyone else. Tone down the rethorics and basically torpedo the whole presentation. The result would usually be a bland presentation, a moderately impressed client and a sad little me.

This inability to validate your own success and skills is called the Imposter Syndrome and it's hard to overcome. It's that nagging little voice in the back of your head telling you that you don't know as much as you think you do, and that the person in front of you is about to expose you for what you are: a fraud.

Well here's my two cents: 99% of the people you come across in a business setting suffer from the same problem. It is my personal belief that very few people know what they're actually doing. The rest just wing it and hope for the best. And if that's the case, you might as well be yourself.

There aren't any shortcut to success. If you want to become an authority in your chosen field, you need to put in the hours and learn, learn, learn. But if you do that, you also have to accept that you're a work in perpetual progress. You know more now than you did 6 months ago and less than you will in another 6 months.

But whatever the situation, own your present skills and trust in your knowledge. Don't apologize for what you don't know yet and celebrate the miles you've already clocked. That's the only way forward.

Thanks for subscribing! Please check your email for further instructions.

This site uses Akismet to reduce spam. Learn how your comment data is processed.

This website uses cookies to improve your experience while you navigate through the website. Out of these cookies, the cookies that are categorized as necessary are stored on your browser as they are as essential for the working of basic functionalities of the website. We also use third-party cookies that help us analyze and understand how you use this website. These cookies will be stored in your browser only with your consent. You also have the option to opt-out of these cookies. But opting out of some of these cookies may have an effect on your browsing experience.
Necessary Always Enabled
Necessary cookies are absolutely essential for the website to function properly. This category only includes cookies that ensures basic functionalities and security features of the website. These cookies do not store any personal information.
Non-necessary
Any cookies that may not be particularly necessary for the website to function and is used specifically to collect user personal data via analytics, ads, other embedded contents are termed as non-necessary cookies. It is mandatory to procure user consent prior to running these cookies on your website.
SAVE & ACCEPT